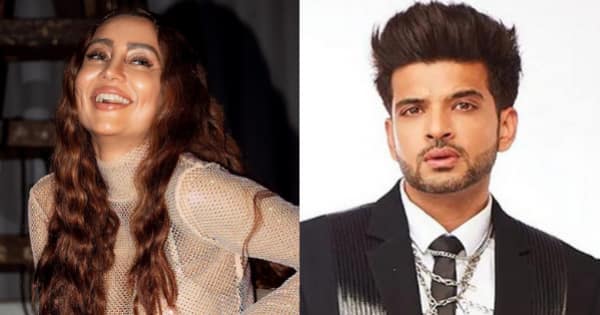 Karan Kundrra is one of the most popular contestants this season in Bigg Boss 15. Ever since the show started, there have been speculations about his ex Anusha Dandekar entering the show as a wild card entry. The VJ turned businesswoman finally took to social media to deny any such thing. But rumour mills didn’t stop running. There was new buzz that Anusha had asked Bigg Boss 15 makers for a whopping pay and since her demand wasn’t met, she decided to give it a miss. Now, fed up with all the false stories, Anusha has once again taken to social media to set the record straight. Also Read – Bigg Boss 15: Is this the real reason why Karan Kundrra’s ex Anusha Dandekar refused to be part of Salman Khan’s show? Read deets

In a post, Anusha shared, “All the Rumours are true… I’m entering the house. They are paying me so much money, well at first it wasn’t enough but now I signed a bigger deal because obviously, I’m that entertaining. I am a billionaire now… see you inside in 5 minutes… oh I am also allowed to run my skin company from inside and I get to take my pups! Yay!” “Everything you need to know!” Watch the video below: Also Read – Trending TV News Today: Harshad Chopda, Pranali Rathod begin shooting for Yeh Rishta Kya Kehlata Hai, Karan Kundrra’s ex-girlfriend Anusha Dandekar denies entering Bigg Boss 15 and more

So there you have it. All those looking for some masala when the exes meet inside the house will be disappointed, we know. But for now, you have to suffice with the budding bond between Karan Kundrra and Tejasswi Prakash. Karan has been expressive about his feelings for the actress and she too has been reciprocating the emotions. Their chemistry is great too and we will not be surprised if these two strike a bond (love or friendship) that stays on beyond Salman Khan’s Bigg Boss 15. Also Read – Bigg Boss 15: Is Karan Kundrra’s ex Anusha Dandekar entering the house as a wild card soon? The VJ finally breaks her silence