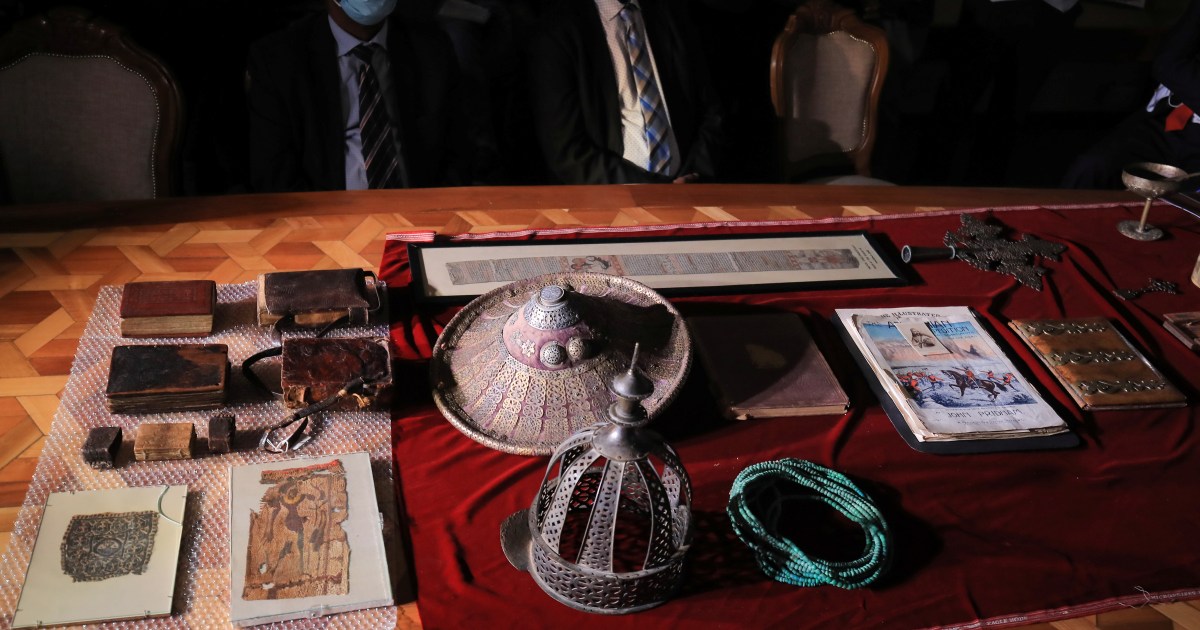 After a century and a half hidden in private collections, 13 stolen Ethiopian artefacts have finally returned home following months of negotiations.

The items, which include an intricately latticed processional cross, a richly coloured triptych depicting Jesus’s crucifixion, and an ornate red and brass imperial shield, are part of the largest act of restitution in Ethiopia’s history, officials said.

These artefacts were taken in 1868 after the battle of Maqdala between the British and Ethiopian empires. Some of the objects had been offered in an auction in Britain in June by a private seller descended from a British soldier who fought in Maqdala.

“There are many artefacts that were looted from Maqdala,” said Teferi Meles, Ethiopia’s ambassador to the United Kingdom, where many of the treasures were. “We couldn’t manage to bring back all of them, but this is the first time in the country’s history to bring back looted artefacts in this quantity.”

Several of the objects were acquired by The Scheherazade Foundation, a cultural nonprofit organisation, and handed to the Ethiopian embassy in September. They were returned to Addis Ababa this weekend and will go on display in Ethiopian museums. But the work is far from over, officials said.

“We have started negotiations with the British Museum to bring back 12 tabots,” said Teferi.

Tabots are replicas of the Ark of the Covenant that are sacred in the Ethiopian Orthodox Church, one of the world’s oldest churches. The tabots were also taken after the Battle of Maqdala.

Ethiopia has been mired in conflict for more than a year, with the federal government fighting the Tigray People’s Liberation Front and cultural artefacts are believed to have been damaged in the fighting.