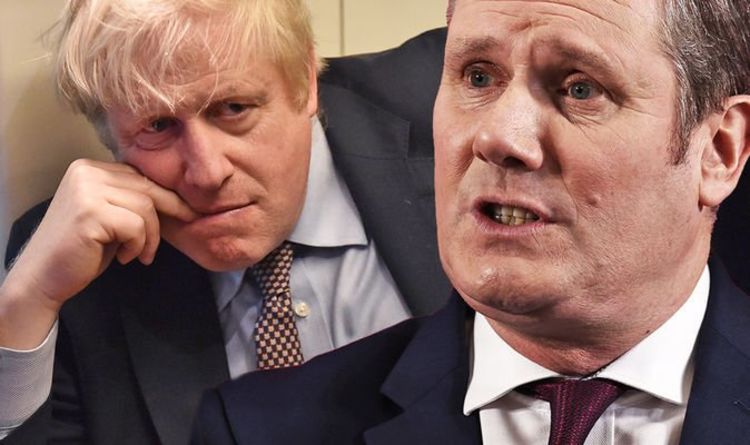 The Prime Minister has faced numerous calls to resign since he admitted on Wednesday to having attended a “bring your own booze” do at Number 10 during the first national lockdown. Now, new polling has suggested what has been dubbed ‘Partygate’ could have serious electoral consequences for the Conservative Party.

Savanta ComRes asked voters which party they would vote for if a general election were held tomorrow.

Labour came out an astonishing ten points ahead of the Tories.

The last time it recorded a lead this large was in 2013.

Forty-two percent of those asked between January 13-14 – that is, after Mr Johnson admitted he attended what he claimed to have believed was a “work event” – said they would vote Labour.

This compared to 32 percent who backed the Conservative Party.

When asked the same question between January 7-9, roughly the same percentage of voters said they’d opt for the Tories (33).

At this time, 37 percent said they would vote Labour.

This means the gap between the two parties, according to Savanta ComRes, has increased from four to 10 in less than a week.