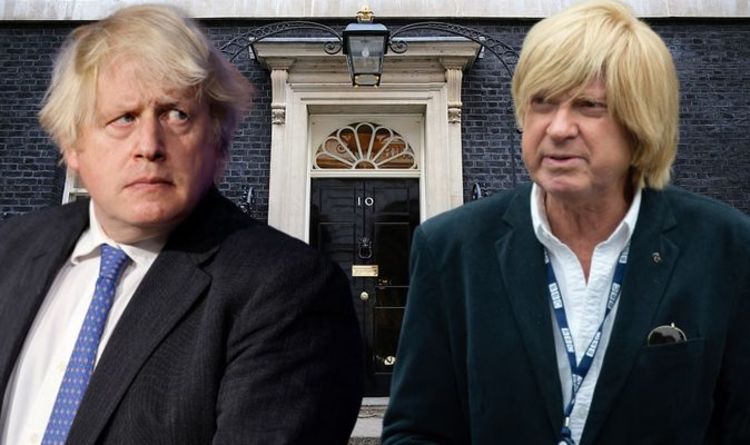 The news comes as the MP for Lichfield in Staffordshire appeared on LBC radio. Discussing the ongoing crisis that the Prime Minister finds himself in following the controversial Downing Street “bring your own booze” drinks event that took place during the height of the lockdown, listeners turned the show into an attack on the PM.

Taking to Twitter to vent his frustration at the way Mr Johnson is being treated, the MP said: “Just been on LBC. The visceral loathing of Boris from the London Remain classes is breathtaking.”

Backing up the MP, Sean Buckley said: “The Remoanlings & Leftwaffe despise BJ for humiliating Corbyn and forcing through Brexit. If BJ triggers art 16 & exit clause in the TCA his ratings will go through the roof.”

However, Mr Buckley was one of very few that backed up the notion argued by Mr Fabricant.

Replying to the thread, numerous commentators slammed the PM.

Withnail Jones said: “My parents voted Leave. They hate Johnson. They hate him because for large parts of 2020 they only saw their grandchildren in their driveway and couldn’t hug them. Meanwhile, Johnson was getting pi**ed in his garden with his mates and staff.”

Whilst Jim Hodges, said: “It’s not just London everyone with morals and a sense of what’s right wants him gone.”

Numerous Conservative Party members have called on the PM to resign following the revelation that the party had taken place.

The Prime Minister apologised whole-heartedly for the incident and has fully backed an inquiry by senior civil servant Sue Gray.

Further conversation by Mr Fabricant on LBC saw the MP back the Prime Minister even further.

Speaking of the five Tories who have publically called for Mr Johnson to leave, the MP said that there are over 300 Conservatives in the House of Commons: “Five out of 360 is not a huge amount.”

The MP added that his constituents have told him to stand by the PM, and suggested there is a “witch-hunt” being orchestrated against Mr Johnson.

However, agreeing that the parties were out of order, Mr Fabricant said: “They shouldn’t have had these parties, they should lead by example, no question about that.”

The presenter pointed out that the Sutton Coldfield Conservative Association has withdrawn support for the PM, but Mr Fabricant dismissed this as an “outlier”.

He added that the MP for Sutton Coldfield, Andrew Mitchell has always been “very critical” of the PM and thus the result is not a surprise.

Adding to the debate, Sir Keir Starmer reiterated his stance, echoing the face to face across the dispatch box seen on Wednesday during PMQ’s.

In a speech to the Fabian Society conference, the Labour leader accused the Conservatives of running the NHS into the ground because they are “too preoccupied defending his rule-breaking.”

Speaking of the PM, Sir Keir said: “We are witnessing the broken spectacle of a prime minister mired in deceit and deception, unable to lead.”

He added: “It is very important that the Tory party does what it needs to do and gets rid of him.”

Responding to questions after his speech, Mr Starmer said the revelations about coronavirus rule breaches in Downing Street had exacerbated issues people were facing with their mental wellbeing.

He said: “I think, by the way, the scandal of partygate, for want of a better word … what’s happened in recent weeks, where it has become obvious that while the vast majority of the British public were obeying the laws the government made, the government and the prime minister were partying in Downing Street.”

He added: “I think that has added to mental health stress because so many people are now asking themselves: ‘Why on earth did I do that then, while they were doing what they were doing?’”

A No 10 spokesperson said: “There is an ongoing investigation to establish the facts around the nature of gatherings, including attendance, setting and the purpose, with reference to adherence to the guidance at the time. The findings will be made public in due course.”