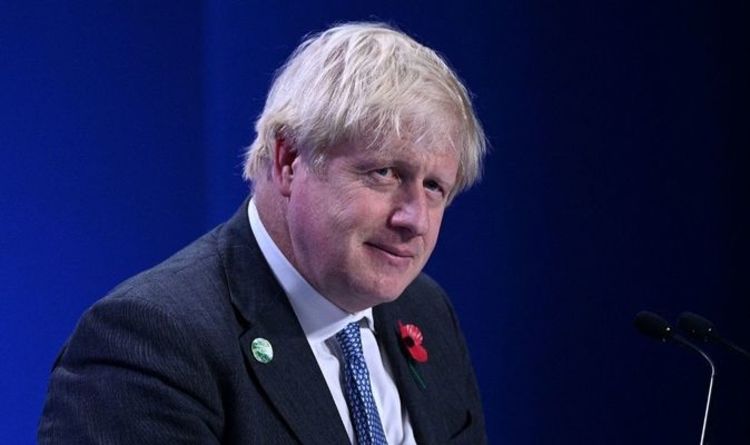 Announced on Wednesday, Mr Johnson unveiled the first areas to benefit from funding from the Shared Prosperity Fund. The fund will replace previous EU money and will be rolled out from April 2022 as part of the Prime Minister’s plan to level up parts of the country. The fund will be used to invest in skills, education, local businesses and employment.

As part of the new scheme, Wales will receive the largest portion of money of the devolved nations with £46million.

Scotland and Northern Ireland will receive £18million and £12million respectively.

English regions will also receive £123million with the southwest being the largest recipient.

Prior to the announcement of the fund, Chancellor Rishi Sunak claimed it will eventually match the money received from being in the EU.

Due to the Internal Market Act, the UK was given additional post-Brexit powers to spend money on infrastructure, education and economic development.

Commenting on the fund, Levelling Up Minister, Neil O’Brien claimed the fund shows the Government’s commitment to improving parts of the UK.

He said: “This is levelling up in action – investing in projects across the whole of the UK that will make a real difference to people’s lives.

“Supporting those on low incomes to become budding entrepreneurs, investing in local businesses and councils at the forefront of our decarbonisation drive, and funding new education and training facilities that will help people go far but stay local.

Secretary of State for Levelling Up Michael Gove said: “We are levelling up in every corner of the United Kingdom, backing locally-led projects that will make a real difference to communities and help to deliver our net zero commitments.

“There is incredible talent spread right across our great country and this investment will unlock the opportunities to match.”

Indeed, £434,000 has been contributed to modernise the seafood industry in Grimsby.

This academy will help foster the growth in a burgeoning industry which will help the UK towards its net-zero goal.

These projects are part of 477 which will be announced across the UK.

These two initiatives will also run alongside the Government’s Community Ownership and Levelling Up Funds.