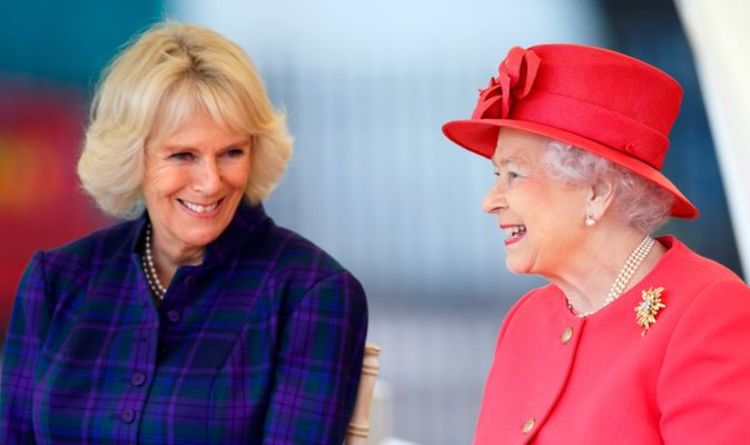 The Duchess of Cornwall has been elevated to Royal Lady of the Most Noble Order of the Garter. The accolade is the UK’s most prestigious order of chivalry and is awarded to the 74-year-old in recognition of her contribution to the monarchy.

The Garter was created by King Edward III in 1348 and is handed out by the sovereign for outstanding public service and achievement.

Camilla married Prince Charles in 2005 and for the past 16 years she has supported the Queen through her own public works and engagements.

In recent years, Charles and Camilla have increased their royal workloads as the Queen passes on further duties to her oldest son.

Most recently, the couple attended a service at St George’s Chapel in Windsor on Christmas Day, as the Queen remained at home.

“I am proud beyond words that his pioneering work has been taken on and magnified by our eldest son Charles and his eldest son William – admirably supported by Camilla and Catherine – most recently at the COP climate change summit in Glasgow.”

Camilla raised her profile during the coronavirus pandemic and recently launched the Duchess of Cornwall’s Reading Room on Instagram for book lovers of all ages and abilities.

In a rare appearance on the BBC Radio 4’s Today Programme earlier this month, the Duchess of Cornwall revealed Black Beauty was her favourite book during her childhood.

Camilla also said she bought books as Christmas presents for her five grandchildren and highlighted the importance of reading.

She said: “If you learn to read, however difficult your life is at the time, you can pick up a book and you can escape.

“You can laugh, you can cry, it just takes you out of the real world and it gives you a different dimension to life.”

Camilla’s appointment to the Garter is a gift from the Queen and made without prime ministerial advice.

They are usually announced on St George’s Day, April 23, but the monarch can do so at any time, and has chosen to coincide with the New Year’s Honours.

In the honours’ list, the Queen has also made former Prime Minister Tony Blair a Knight Companion of the order.

The Queen’s head chef, Mark Flanagan, has been made a Lieutenant of the Royal Victorian Order by the monarch.