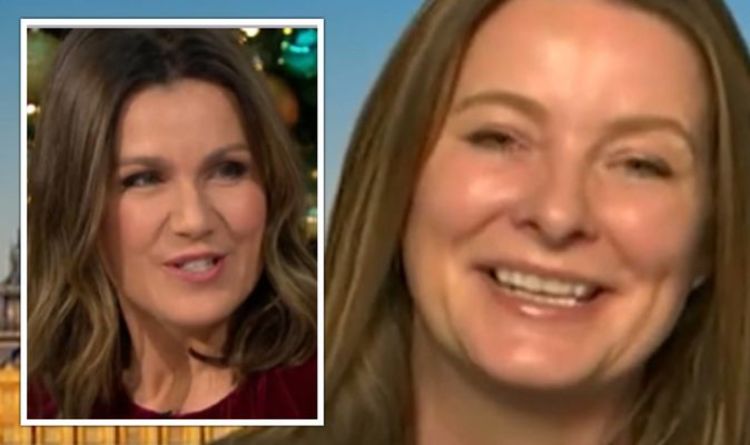 Gillian Keegan appeared on Good Morning Britain to discuss the recommendations from the Joint Committee on Vaccination and Immunisation (JVCI) to extend the booster jab programme to all over-18s. But Ms Keegan told the ITV show to not come forward yet and book their vaccines as the system needed time to “operationalise” and to instead hold fast until they are contacted. Host Susanna Reid remarked it was a “mix up” in the messaging as she suggested the public were likely to believe they could immediately go for their shots but are, instead, required to wait some time until they can.

“If you are eligible for a booster, please take up the offer and keep yourself protected as we head into winter.”

But while the announcement was made this week with the NHS’ booking portal up, Ms Keegan told Good Morning Britain it may be some time yet before people will get their additional doses.

She told the programme: “Nothing’s gone wrong, obviously we got the advice from the JCVI yesterday.

“It takes us a little time to operationalize the plans and we will be announcing those plans, in fact, there’s going to be a press conference later on today where they’ll be laying out some of those plans.

“But you know, from the advice of the JCVI… it does take a little bit of time to operationalize.

“Don’t worry we will be getting around to it, but people right now don’t come forward to book, we will be letting you know when your cohort is due.”

Host Reid called out the health minister and suggested the messaging from the Government may confuse people.

She retorted: “Because that seems to be a little bit of a mix up in the messaging.

“It is an expectation, especially when you’re hammering home the importance of the booster, I think you people would expect that they could then go ahead and do it.”

The NHS website has a booking portal to allow people to schedule their booster vaccines as long as the person meets certain criteria.

DON’T MISS:
Pfizer has started work on Omicron vaccine – date jab should be ready [INSIGHT]
Omicron variant likely to spread even if people wear masks: expert [INSIGHT]
Booster jab: How to book my booster jab – when will I get my third jab [EXPLAINED]

Host Reid called out the health minister and suggested the messaging from the Government may confuse people.

However, a yellow warning has been put in place reading: “Please note that this is not yet available.

“We’ll update this page once the service is updated. Please wait to be contacted by the NHS.”

Prime Minister Boris Johnson is due to set out the UK’s Covid plans at 5pm on Tuesday where more details of the booster programme are expected to be released.

It comes as new rules come into place from early Tuesday which sees mandatory mask-wearing in shops and public transport.

Those breaking the rules could face a £200 fine with it increasing to £400 for second offences.

Hospitality venues are not covered by the rules.