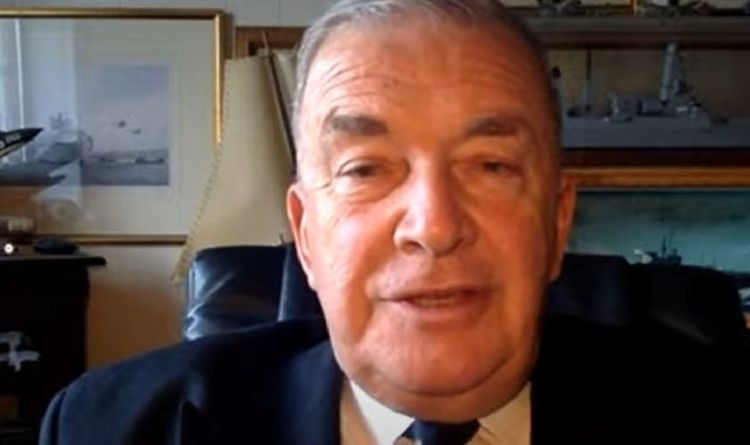 Retired Royal Navy Admiral Lord West of Spithead has warned France would be “stupid” to carry through on threats to cut energy supplies to the Channel Islands amid a row over fishing licenses. The Former Security Minister also warned that the French Government could be in for “quite a shock” if they decided to test the UK over fishing arrangements post-Brexit. He argued that the UK could choose to bar all French vessels from British waters by 2026 in retaliation for any further French action.

Lord West told GB News: “It would be quite extraordinary I believe for the French to, for example, try and cut power to the island of Jersey.

“There must be some agreement over how much power they supply and I would have thought we deal straight with the EU, and the EU should take France to task about how they are behaving.

“The EU are responsible for actions with other countries for those nations within the EU and I think we ought to utilise that methodology.

“But if France do things like cutting the power, started blockading ports or arresting fishing boats any nation has a right to protect its assets and do what is necessary.”

“I mean it would be a stupid thing for France to do because inevitably they’d be an escalation,” continued Lord West.

“I would hope that the EU, that Brussels, would say to France come on this is just nonsense, you know Britain has left the EU and the now the situation has changed.

“Those waters now are British waters. They’re not EU water and the rules are imposed on those.

“By 2026, we could say not a single French vessel is allowed in any of our territorial waters and our territorial seas, maybe that would give them quite a shock really if that happened.”

He went on to argue that the EU themselves have already told President Macron he “does not have a leg to stand on”.

Sir Iain: “It’s quite obvious that France is facing an election and the President isn’t doing too well, and I’m afraid it goes with the territory that you then immediately try and pull the tail of the lion across the water, which is the UK.

“So first of all, a lot of this is window dressing and nonsense from France.

“The second thing is that even the EU and France, President Macron talks about absolute adherence and adoration of the EU, but the EU has told to him he hasn’t got a leg to stand on when it comes to fishing.”