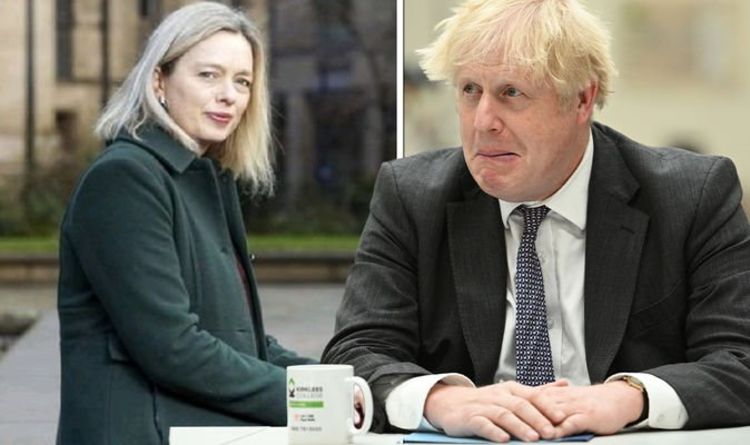 Dozens of officials were said to have attended the leaving drinks for Kate Josephs.

The former director-general of the Government’s Covid Taskforce has this afternoon apologised for a gathering held in the run-up to Christmas 2020.

It is said to have taken place on the same evening the office of the UK’s most senior civil servant, Cabinet Secretary Simon Case, also held a bash.

At the time London was in tier three restrictions with people prohibited from mixing indoors with anyone outside their household bubble.

The latest party is now understood to be being looked at as part of a wider investigation into rule-breaking gatherings held by the Government during the pandemic.

Ms Josephs, who is now chief executive of Sheffield City Council, has said she “truly sorry” for the “anger” the drinks will have caused.

She said: “As people know I previously worked in the Cabinet Office Covid Taskforce where I was director-general from July 2020 to December 18, 2020.

“I have been cooperating fully with the Cabinet Office investigations and I do not want to pre-empt the findings of the investigation.

“However as Chief Executive of Sheffield City Council I am responsible for leading the organisation and working with partners across the city and region to support our Covid response and recovery.

“That is why I have decided to make a statement.

“On the evening of 17 December, I gathered with colleagues that were at work that day, with drinks, in our office in the Cabinet Office, to mark my leaving the Civil Service.

“I am truly sorry that I did this and for the anger that people will feel as a result. Sheffield has suffered greatly during this pandemic, and I apologise unreservedly.

“The specific facts of this event will be considered in the context of the Cabinet Office investigation. I did not attend any events at 10 Downing Street.

“I am grateful for the ongoing support of colleagues and partners and need now to ask that people allow the Cabinet Office to complete its investigation.

“I will not be able to respond to any further questions until the Cabinet Office investigation is complete.”

Ms Josephs described herself on Twitter as a “proud public servant”.

Revelations of her leaving drinks have emerged on the same day No10 has been forced to issue an apology to the Queen for two parties held the night before Prince Philip’s funeral.

The gatherings on April 16 2020 took place when the country was still banned from meeting those from other households indoors.

The country was also still in a period of national mourning following the death of the Duke of Edinburgh one week earlier.

A spokesman for the Prime Minister said: “It is deeply regrettable that this took place at a time of national mourning and No10 has apologised to the Palace.”