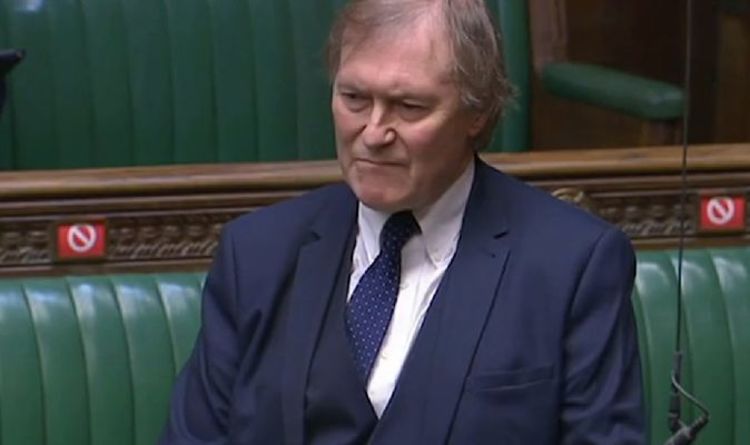 Conservative MP Sir David Amess has died after being stabbed multiple times during a constituency surgery in Leigh-on-Sea, Essex. Tragically less than a year ago the 69-year-old veteran MP raised the issue of knife crime with Prime Minister Boris Johnson in parliament. In his speech, Sir David paid tribute to a recent victim of knife crime in his Southend West constituency, calling the 18-year-old’s death “senseless”  and “horrendous.”

On March 3 this year, Sir David asked told the Prime Minister: “Last Friday my constituent Mr Luke Bellfield who was aged just 18 was stabbed to death just a few miles from his home.

“This has been horrendous for his family and for his friends who have been left behind and my heart goes out to them all.

“What more does my right honorable friend think the police, society, and Parliament can do to make sure that in the future there will never be such senseless murders again.

Sir David was attacked at around midday at a meeting at the Belfairs Methodist Church in Leigh-on-Sea, east of London.

“He was treated by emergency services but, sadly, died at the scene,” police said. “A 25-year-old man was quickly arrested after officers arrived at the scene on suspicion of murder and a knife was recovered.”

Armed police swooped on the church and detectives said they were not looking for anyone else in connection with the incident. There was no detail about the motivation for the attack.

Emergency services had fought to save his life inside the church – where a sign says “All are welcome here” – but in vain.

Essex Police later confirmed a man had died at the scene.

“A 25-year-old man was quickly arrested after officers arrived at the scene on suspicion of murder and a knife was recovered.

“He is currently in custody.

“We are not looking for anyone else in connection with this incident.”

Sir David, married with five children, was first elected to parliament to represent Basildon in 1983, and then stood for Southend West in 1997. He was knighted by Queen Elizabeth for his public service in 2015.