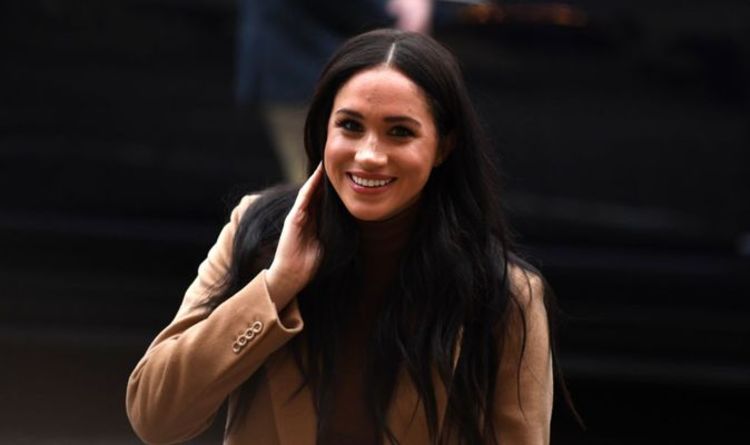 According to a royal commentator, the Duchess of Sussex could be set for a “rebranding”, in an attempt to boost sales of her books. Meghan Markle recently made a Youtube appearance where she gave a reading of her book The Bench, which was inspired by Prince Harry‘s relationship with their son Archie Harrison, but received criticism for her expensive accessories.

Royal commentator Neil Sean said: “The biggest problem for Meghan and her advisors is how do they make her relatable to the people that they want to buy the book, that is the tricky bit.

“Now this particular interview on YouTube saw Meghan looking wonderful, basking in wonderful sunlight, but of course it was drawn to the fact that she was wearing a lot of expensive jewellery and an expensive watch.

“If you’re trying to sell a book to children, that’s not really relatable. Now what we can tell you, is that they’re going to be rebranding Meghan as something of a more warm and comfy, open, relatable author.

“We’re not quite sure exactly what their plans are, but The Bench isn’t the only children’s book that she has up her sleeve, apparently there are more.”

It has been reported that Prince Harry and Meghan have signed a four-book deal with Penguin Random House, although this has not been confirmed by the Sussexes.

The Duchess appeared last week on the Brighly Storytime Youtube channel, which is run by the publishers, and gave a reading of her poem.

The book, which was originally written for Prince Harry for Father’s Day and is inspired by a father’s relationship with his son, has been illustrated with watercolour paintings by artist Christian Robinson.

Following its publication, it reached number one of the New York Times Bestseller List for children’s picture books.

Before reading, the 40-year-old Duchess said: “I wrote this as a poem for my husband and our son Archie, and then turned it into a book so you could enjoy it too.”

For the video appearance, she wore her hair in a loose bun and donned a simple blue blouse, accessorised with gold jewellery.

On her left wrist, the former actress wore the gold Cartier Tank Française watch that has previously belonged to her late mother-in-law Princess Diana. Its estimated value at the time of purchase was $23,000 but is now believed to be much more.

At the end of her reading, she told listeners: “I hope you enjoyed The Bench, I loved being able to share it with you. And now I hope you’re able to go and find your own special bench, or chair, or little quiet nook. Just a place that means something to you that you can share with someone you love.”

This marks the second occasion Meghan has conducted a reading of her book, after she read to children at a primary school in Harlem during a trip to New York in September.

The Duchess received similar criticism for her expensive outfits during the three-day tour, as it was estimated that her clothes cost upwards of £30,000.

She currently resides with Prince Harry and their two children in Montecito, California, after deciding to leave the Royal Family in 2020.

In order to secure their financial independence, the couple have signed a number of lucrative deals with companies such as Netflix and Spotify, as well as partnering with an investment banking company, Ethic.

Harry is also expected to release his memoir in late 2022, which will be published by Penguin Random House.