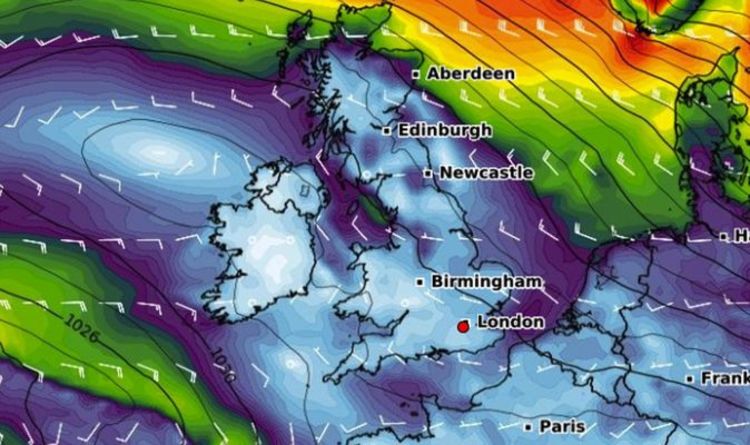 Forecasters warned of “dense fog” patches and visibility below 100m in places from 7pm tonight until 11am on Saturday morning across North East England. The patches of fog will form and become more widespread overnight.

The Met Office said: “Fog patches will form during the evening and then become more widespread overnight, perhaps leading to some travel disruption.”

They warned drivers to be aware of “impaired visibility leading to hazardous driving conditions in places, and probable slower journey times especially by road” and travellers there would be possible delays to public transport including bus and train services.

The warning is in place for today and Saturday.

Forecasters from Meteogroup UK said of tonight’s weather: “A dry evening however patches of mist and fog will soon reform.

“Overnight will then continue to be largely dry with some clear spells however thick cloud will build and there is a widespread chance of mist and fog.

“There may be some spells of light rain and drizzle, mostly across northern Scotland.”

It comes as temperatures are expected to hit -4 degrees as thick fog grips the south of England.

The high pressure and low winds fuelling the dense fog have also been blamed for trapping pollution in and around London leading to concerns over air quality.

BBC’s Matt Taylor told BBC Breakfast: “Here we’re going to contend with some fog around this morning, particularly across parts from the Bristol Channel through in towards the Midlands.

“One thing I should also mention with the high pressure in place, very light winds, very poor air quality, high pollution levels in the London area.

“The fog elsewhere will lift and clear and it’s going to be another afternoon of lots of sunshine across the southern half of the country but staying pretty chilly, especially where the fog lingers the longest.

“Temperatures sticking around 7 degrees for some in the north of Scotland.

“Contrasts that little bit through tonight greater chances for some mist and fog in some eastern areas.

“Maybe temperatures dropping more across the north where we see clear skies develop to take us into tomorrow morning,” added Mr Taylor.

“But there’ll be some frost around some fog patches across England and Wales once again to start your weekend.

“But the weekend sticking with a prolonged dry story there is a chance of some splashes of rain for a time later Saturday and into Sunday morning.

“But most places said we’ll stay dry and getting a little bit milder.”