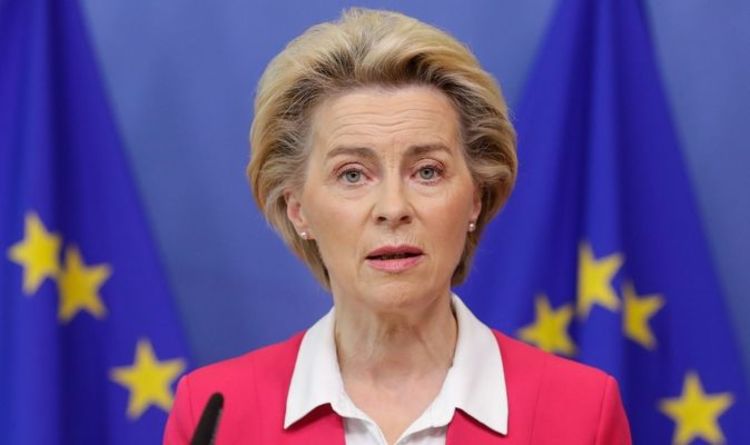 Romania’s justice commissioner Didier Reynders said the country’s constitutional court is making a similar move to Poland, which has been involved in a bitter spat with Brussels for several months. During a first ruling last May and then a second in December, the European Court of Justice (ECJ) said judged in Romania should put EU law above national legislation. This includes rulings of the national constitutional court, when they are in breach of the European Union treaty.

But Romania’s constitutional court has hit back at those crunch rulings, arguing judges should actually put Romanian law first.

The court’s rulings are similar to what the constitutional courts in Poland and Germany have said about the supremacy of EU law.

Poland’s legal action was triggered by its Prime Minister but the European Commission did manage to resolve the issue with Germany after Berlin insisted it fully supports the supremacy of EU law.

Mr Reynders told the Financial Times: “We have received a reaction from the Romanian Government saying, ‘No, we want to have full respect of [EU law] primacy but in the framework of the Romanian constitution.’

“So, it’s not exactly the answer that we have received from the German government, without any conditions.”

The justice commissioner warned he may begin legal action against Romania given the country’s constitutional court’s “real, permanent and persistent position to go against the EU law or the binding character of the ECJ decisions”.

But a refusal to implement verdicts made in the ECJ could see Romania fined millions of euros – just like Poland.

The ECJ said one such demand is to scrap a special prosecutorial unit for judges, which “could be perceived as seeking to establish an instrument of pressure and intimidation with regard to judges”.

The are several similarities in the patterns forming between Poland and Romania, but one crucial difference has been initiated.

Bucharest is now receiving funds under the bloc’s NextGenerationEU €800billon (£668billion) recovery package – aimed at helping member states bounce back from the devastation caused by the Covid pandemic.

Unlike Poland, Romania is also under the jurisdiction of a pan-European prosecutor’s office – led by Romanian prosecutor Laura Kovesi – which can bring people to court for embezzling or defrauding money from the EU.