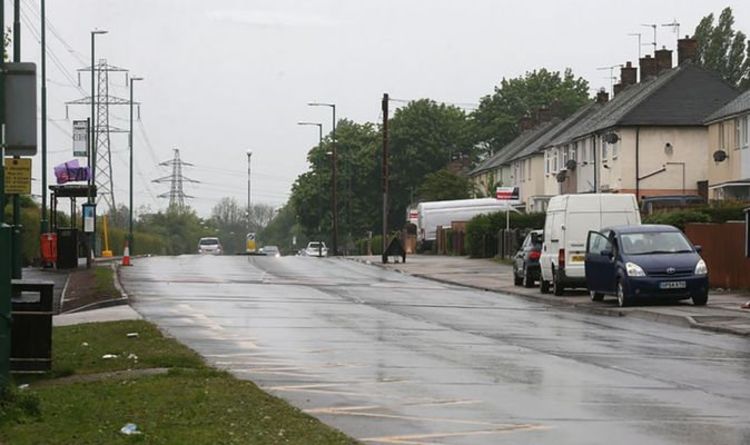 The victim has been left traumatised after the ordeal, believed to have happened in his own home in Clifton, Nottinghamshire. Police say he had been talking to a woman on Wednesday when things became violent and he was pushed to the floor and stamped on.

A 27-year-old woman has been arrested on suspicion of robbery and she remains in custody.

The man didn’t suffer any serious injuries but his TV was stolen.

Nottinghamshire Police called it a “frightening ordeal” and the victim is receiving support.

Detective Sergeant Nick Wood, of the force, said: “The victim in this case has been through a frightening ordeal and we are working together with partner agencies to make sure he is supported.

“People should be able to feel safe and secure in their own homes and incidents like this will not be tolerated. Our officers are working hard to understand what happened and our inquiries are continuing.

“Thankfully he did not sustain any serious injuries and we would like to reassure the public that we believe the victim and suspect are known to each other so there is not believed to be a wider risk to the community.”