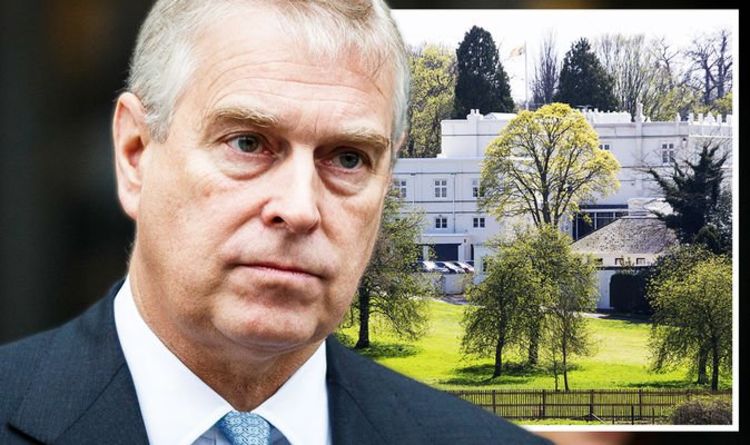 On Thursday, it was announced Andrew had his royal patronages and military affiliations returned to the Queen following the latest ruling in the civil case being brought against him by Virginia Giuffre. The Duke of York, 61, will also stop using the style His Royal Highness in an official capacity, and will defend the sexual abuse case as a “private citizen”.

Following this, the Prince could decide to move out of Royal Lodge, his home on the Queen’s Windsor estate.

While the property is not his to sell, the Duke could conceivably vacate the property now to minimise his outgoings in the near future.

In 2003, Andrew signed a 75-year lease for the property for a one-off fee of £1million to the Crown Estate, the equivalent of around £250 a week.

The home which boasts 31 bedrooms would be worth at least £30million on the open market and is located just three miles from Windsor Castle where the Queen spent the Christmas period for the second year in a row due to Covid.

During his tenure at the property, which was the Queen Mother’s old home, Andrew has spent £7.5million on refurbishing, including the addition of an indoor swimming pool.

Andrew’s daughters Beatrice and Eugenie are grown up now, and no longer live at the property and instead live with their partners and children.

However, Andrew does not live alone in the spacious royal residence, and instead reportedly lives there with his ex-wife Sarah Ferguson, although they are believed to occupy separate wings of the house.

After stepping down from royal duties in 2019 following his BBC Newsnight interview, the Duke was allowed to remain in residence at Windsor Park.

As the case progresses towards trial, Andrew, Ms Giuffre and any other potential witnesses would have to give depositions.

Ms Giuffre, 38, alleges he sexually abused her on three separate occasions in 2001 when she was a minor under US law.

The Duke of York has repeatedly denied her claims.

On Thursday morning, Andrew made his first public appearance since the judge ruled not to dismiss the case.

Images show the Duke sitting in the back seat of the vehicle while being driven from the property.

It was the first time he’d been spotted in public after Judge Lewis A Kaplan ruled not to throw out the civil sex assault case brought against him after the Duke’s legal team tried to get it dismissed.

His lawyers had previously cited a 2009 settlement between convicted sex offender Jeffrey Epstein and the Duke’s accuser, Virginia Giuffre, as grounds for the dismissal.

They argued Ms Giuffre had waived her right to pursue a claim against the royal.

However, Judge Kaplan said the case could continue, adding that this ruling did not determine the “truth or falsity” of Ms Giuffre’s complaint.