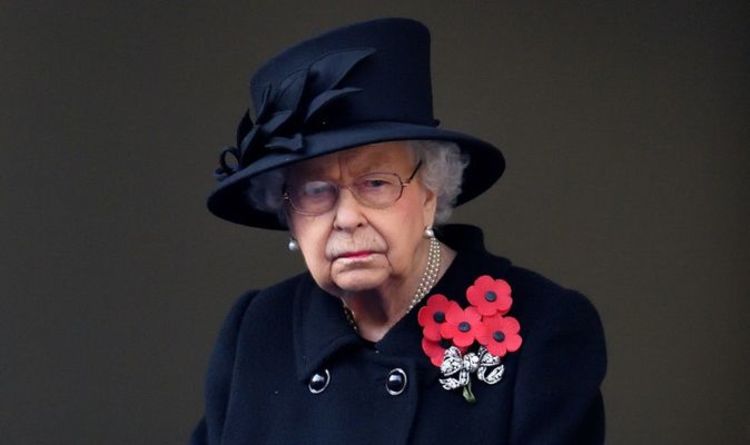 Despite cancelling her in-person engagements for the next two weeks due to illness, the Queen has stated her “firm intention” to attend the Remembrance Sunday service at the Cenotaph on November 14. A royal commentator has claimed that the 95-year-old monarch wishes to be “kept visible” in order to avoid speculation that she is “infirm” or unable to carry out her royal duties. She is currently resting at Windsor Castle whilst other members of the Royal Family carry out engagements on her behalf.

Commentator Neil Sean said: “With Her Majesty the Queen, people do need to see their monarch and a little like Queen Victoria before her, she realises the value of publicity.

“Now Her Gracious Majesty the Queen has asked all of her courtiers to make sure that she’s kept visible and by that she means seen, because she doesn’t want people to speculate that she’s infirm, not getting up, not doing anything.

“She works through those and as we’ve seen, she’s busy planning one-to-one Zoom meetings.”

In their latest statement on October 29, Buckingham Palace said: “Following on from their recent advice that the Queen should rest for a few days, Her Majesty’s doctors have advised that she should continue to rest for at least the next two weeks.

“The doctors have advised that Her Majesty can continue to undertake light, desk-based duties during this time, including some virtual audiences, but not undertake any official visits.”

They said that Her Majesty “regrets” that she will not be able to attend the Festival of Remembrance, which is due to take place on November 13.

The event is hosted by the Royal British Legion at the Royal Albert Hall, with members of the British and Commonwealth Armed Forces coming together for musical performances and readings in memory of those who lost their lives in the two World Wars and later conflicts.

On Wednesday, the Palace announced that she had accepted medical advice to remain at Windsor and would instead address the assembled delegates via a recorded video message.

Prince Charles and Prince William, who are both renowned environmental campaigners, are scheduled to appear at the event between November 1 – 5 and will give keynote speeches. Both of their wives, Camilla and Kate, are also due to attend.

Meanwhile, the Queen has continued to conduct virtual engagements, despite her illness. On Thursday, she awarded David Constantine with the Queen’s Poetry Award and she spoke Chancellor Rishi Sunak ahead of his budget announcement on Wednesday.

Her Majesty initially fell ill on October 20 and was forced to cancel a two-day tour of Northern Ireland. In recent weeks she had been sighted with a walking stick, although that was reportedly for “comfort” rather than a medical necessity.

It was subsequently revealed that she had spent the evening in hospital undergoing “preliminary tests”. It has been made clear that her illness is not Covid-19 related and she is currently in “good spirits” at Windsor Castle.