Skip to content
HomeNewsThe big picture: no such thing as bad weather 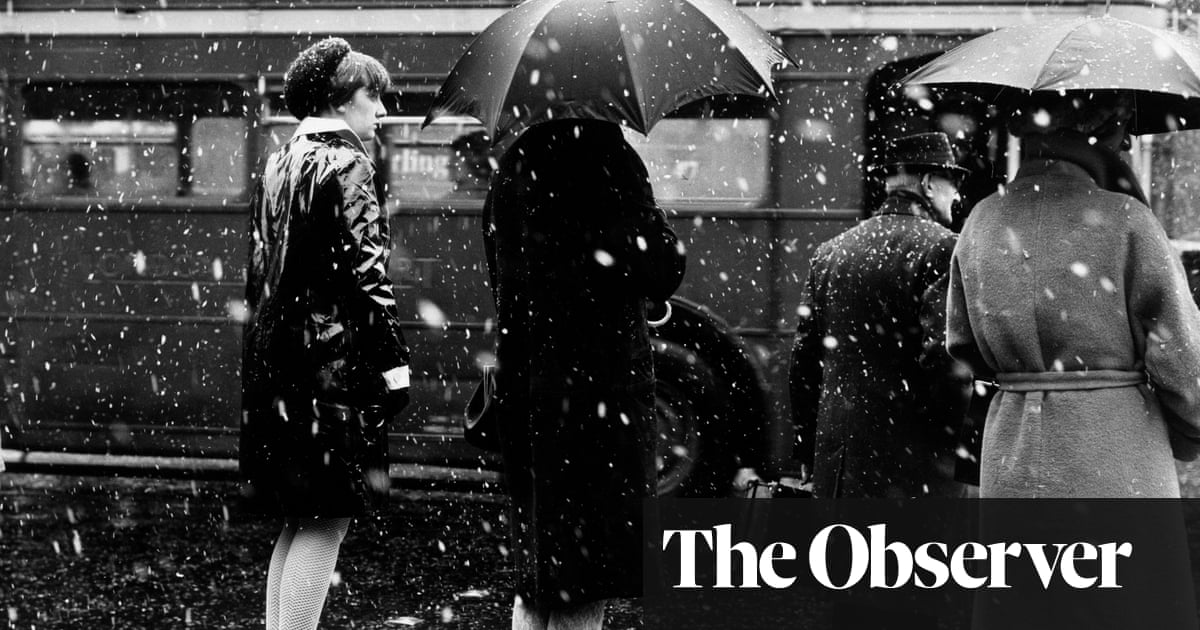 As Billy Connolly observed, there is no such thing as bad weather, just the wrong clothing. The office workers caught in a sudden blizzard on London’s High Holborn in 1966 illustrate Connolly’s point to varying degrees: the young woman on the left, in particular, seems to have dressed for winter sunshine, only to regret her choices more and more as the day has progressed. She now stands poised on the edge of a street of slush, in lacy tights and leaky shoes, preparing for the arctic expedition back to her desk wearing a beret of sleet. She may be some time.

A new book, London in the Snow, features several comparable wardrobe errors. Whiteouts are such infrequent events in the capital that they invariably catch a reasonable haul of high heels and shirt sleeves. The book takes in images of the black-and-white decades of the last century, from the years in which the Thames still froze over to the centrally heated 1970s, when the city centre rarely dropped below freezing (there were 116 snow days in London in the 1950s, compared with 36 in the last decade of the 20th century).

In the earlier pictures there are shades of those Dickensian scenes that remain a staple of lamplit Christmas cards (scenes that were already, in Victorian times, nostalgic relics of the “little ice age” of the author’s childhood). Children lining up for a turn on icy slides across playgrounds; pipe-smoking dads tobogganing in tweed and gaberdine; chestnuts roasting on open fires; schoolboys in short trousers with armfuls of snowballs; carollers coated with layers of snow. In most of the later pictures, like this one, the white stuff may be a little thin on the ground – its joys melting into the gutter under bus wheels – but still it retains the soft power of bringing the whole city to a surprising halt.