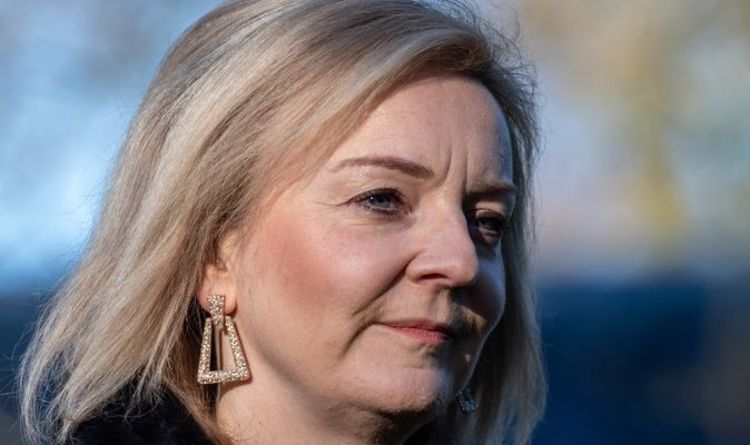 Pressure is mounting on Mr Johnson after fresh allegations that advisers and civil servants gathered after work for two events on April 16 last year on the eve of Prince Philip’s funeral. On Wednesday, Mr Johnson apologised for attending an event in the back garden of 10 Downing Street on May 20, 2020.

Asked questions on Friday about the PM’s “moral authority”, the Foreign Secretary told reporters: “The Prime Minister apologised on Wednesday. He was very clear that mistakes have been made.

“I do think we need to look at the overall position we’re in as a country: the fact that he has delivered Brexit, that we are recovering from Covid – we’ve got one of the fastest-growing economies now in the G7 and we’re delivering the booster programme.

“He has apologised, I think we now need to move on and talk about how we are going to sort out issues. I’ve spent the last 24 hours with the EU, talking about sorting out the situation for the people of Northern Ireland.

“And we now need to get on with that and, of course, wait for the results of the Sue Gray inquiry.”

She added: “I completely understand people’s anger and dismay about what has happened. The Prime Minister apologised to the House on Wednesday, I 100 percent support him to continue getting on with the job.”

Ms Truss said she was “very, very concerned” to hear of fresh reports that a party took place in Downing Street the night before the Duke of Edinburgh’s funeral in April.

Speaking to reporters at Chevening House, her official residence in Kent, Ms Truss said: “When I heard about this I was, of course, very, very concerned. And I understand that people across the country are angry about what has happened.”

Culture Secretary Nadine Dorries suggested the Chancellor may have been delayed coming to the Prime Minister’s defence due to poor connectivity during his trip to Devon, which took place as Mr Johnson faced MPs at Prime Minister’s Questions on Wednesday.

She told Channel 4 News: “We know he doesn’t have great signal down there.”

Ms Truss tweeted on Wednesday: “The Prime Minister is delivering for Britain – from Brexit to the booster programme to economic growth. I stand behind the Prime Minister 100 percent as he takes our country forward”.

In a ray of hope for the PM, it has been reported that an inquiry into alleged lockdown-breaking events by senior official Sue Gray was expected to find no evidence of criminality.

The Times reported, however, that the inquiry could lead to Mr Johnson being censured for a lack of judgement.

The Metropolitan Police has indicated that any investigation by officers would depend on evidence unearthed by Ms Gray’s inquiry.

The prospect of a police probe had led to speculation that the inquiry could be paused, but a statement from Scotland Yard said: “The Met has ongoing contact with the Cabinet Office in relation to this inquiry.

“If the inquiry identifies evidence of behaviour that is potentially a criminal offence it will be passed to the Met for further consideration.”