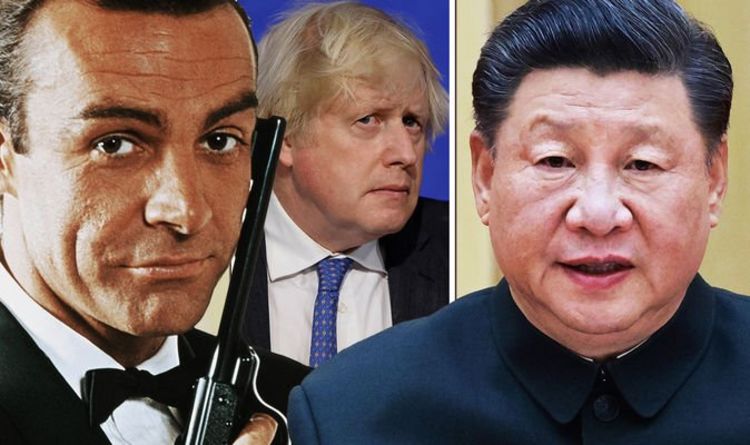 MI5 issued a rare warning on Thursday that London-based lawyer Christine Ching Kui Lee had been working with China’s United Front Work Department (UFWD), “establishing links” for the CCP with current and aspiring members of the UK Parliament. But China hit back today, on Friday, sensationally accusing British officials of watching too much James Bond.

He added that this was the reason for “alarmist remarks” from the UK’s security service.

According to the MI5 warning: “The UFWD seeks to cultivate relationships with influential figures in order to ensure the UK political landscape is favourable to the CCP’s agenda and to challenge those that raise concerns about CCP activity, such as human rights.”

Following this, questions have been asked of Ms Lee’s funding of Barry Gardiner.

The Labour MP is reported to have received more than £420,000 from the lawyer over a period of five years.

Mr Gardiner insisted that he dealt with the donations properly, speaking “openly and frankly with our security services for a number of years about the engagement I had with her”.

He added that the donations were a “very poor investment” as he had been “critical of the Chinese Government on many occasions”.

READ MORE: Boris on the brink as Labour records biggest lead over Tories in years

“We have no need and never seek to ‘buy influence’ in any foreign parliament.

“We firmly oppose the trick of smearing and intimidation against the Chinese community in the UK.”

In response to the MI5 warning, Iain Duncan Smith MP, who has long been a critic of the CCP and its influence in Britain, demanded there be an “overhaul” of the accreditation procedures in place at Parliament.

He also criticised the notion that Ms Lee will not be deported from the country.

Mr Duncan Smith asked Speaker Sir Lindsay Hoyle on Thursday: “How can it be that an agent of a foreign, despotic and despicable power… can put somebody into Parliament, this mother of Parliaments, and then that individual have nothing done to them other than that they are not allowed in Parliament?”