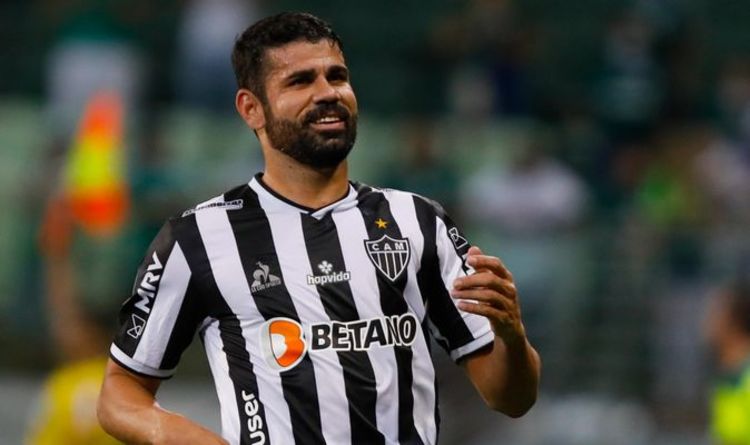 Arsenal director Edu has reached out to Diego Costa’s representatives to discuss the possibility of a surprise return to the Premier League over the coming weeks, according to reports. The Gunners are said to be keen on strengthening their ranks in attack before the end of the January transfer window, with a number of their current options at the top of the pitch facing uncertain futures.

The likes of Alexandre Lacazette and Eddie Nketiah are set to become free agents at the end of the season as things stand after failing to agree new deals at the Emirates Stadium.

Meanwhile, there are further questions over the standing of exiled striker Pierre-Emerick Aubameyang, who has not featured at club level since early December after he was dropped for a breach of discipline.

Dusan Vlahovic has reportedly been earmarked as a priority target by Edu and Mikel Arteta, with the Fiorentina marksman widely expected to seek a new challenge before the start of next season.

However, Arsenal will likely be forced to pay a significant transfer fee in order to tempt his current employers into selling ahead of this month’s deadline.

It seems as though Edu is already exploring his alternative options in the event that a move for Vlahovic fails to come to fruition in time for this season’s Premier League run-in.

The Gunners are one of several clubs to have held preliminary talks with Costa’s camp following his release from Atletico Mineiro, according to Goal.

The report claims that Costa is currently on holiday in Spain and is attracting no shortage of transfer interest, with Corinthians also said to be weighing up a move for his services.

Arsenal are yet to submit a formal offer for the veteran forward but have wasted no time in making an enquiry to put the feelers out with regards to a potential swoop.

A move for Costa would undoubtedly represent a short-term solution to give Arteta’s side the additional firepower required to consolidate a top-four finish in the Premier League this season.

The 33-year-old scored five goals in 19 appearances during his six-month spell with Atletico Mineiro as they won a domestic league and cup double before opting to end his agreement with the Brazilian heavyweights earlier this month.

Costa is also a two-time Premier League winner, having lifted the famous trophy during his time at Chelsea in 2015 and 2017.

Atletico Mineiro’s director of football, Rodrigo Caetano, revealed shortly before Costa’s departure last week that he was struggling to adapt to life back in Brazil.

“At the end of the season, he came to us expressing his desire to leave,” said Caetano.

“The reasons given were adaptation, personal issues [and] when he goes to that side, there’s not much to argue about. He stayed with us until the end, he was a very important piece.

“He was afraid of this long period that he stayed in Europe, he made it clear that at some point, if he didn’t feel comfortable, we could make an agreement of this type.

“We accepted the request and we are building the best agreement for all parties. We appreciate his delivery and this period with us. It is very likely that he will not stay with us this season.”