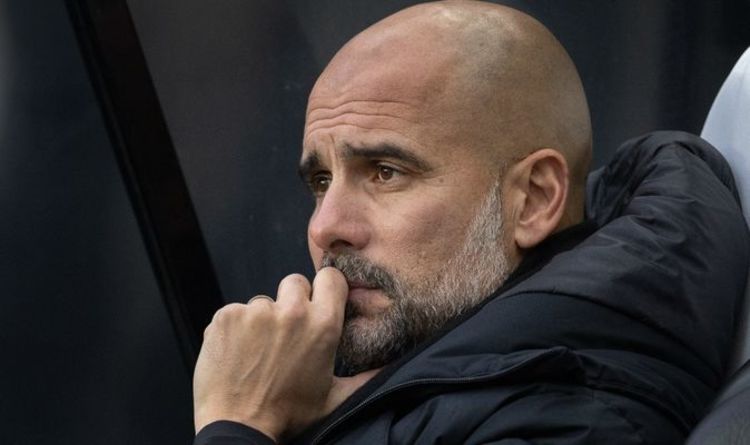 Pep Guardiola says Arsenal will be missing their “most important player” with Mikel Arteta absent from the dugout after a positive Covid test. The City boss insists the job done by his former assistant at the Emirates has already produced the “best Arsenal side in five or six years”. But he believes that the absence of his compatriot on the touchline when the two sides square up this lunchtime hands a great opportunity to his league leaders.

“I would say Mikel is the most important player they have,” said Guardiola. “I know his charisma and ideas and especially, his personality to do what he believes is the best for the team and the club.

“The most important thing is for him to stay well, hope that the symptoms are low, everything is under control and he recovers  and comes back to the place he loves, on the touchline and the sessions.

“But since I arrived here, it is the best Arsenal I have ever seen in six six seasons. It will be a challenge for us but we have an incredible opportunity to maintain the distance and continue our run.”

Arteta left City for Arsenal two years ago with Guardiola’s best wishes and despite early struggles and friction with both players and fans has refloated the club impressively.

Mutual respect will not stop Guardiola trying to dint Gunners hopes of holding on to a top four spot in the last Premier League fixture before a lighter schedule of just two remaining fixtures in January.

“It is no coincidence now they are a top four side,” said Guardiola. “The energy the are playing with and the players that Mikel has, it is an example that to settle something you need time.

“They are maybe one of the two best teams in the Premier League on form at the moment and he has incredible young players, they have the same back four and they are stable. And they have physicality, pace and the quality.

“But at the same time it is a real opportunity to go there. We have long weeks before Chelsea and Southamtpon before the international break so that is why this the game in London is so decisive and important for us.”

Guardiola’s side go into today’s match on the back of a 10-match winning streak which has left title chasing rivals Liverpool and Chelsea floundering.

“It’s an unexpected situation. Not even a month ago we were four or five or six points behind Chelsea and Liverpool,” said the City boss. “But we have 54 points more to play for.”

“Thinking about the long runs is a stupid thing to think about. It’s just – what’s next and be ready. Sooner or later we are going to lose a game.

“It’s going to happen, but be calm, relax and try again. Don’t  don’t be extremely satisfied when the situation is going good and not extremely depressed when they don’t

“Being relaxed is the best way to approach the next one.”