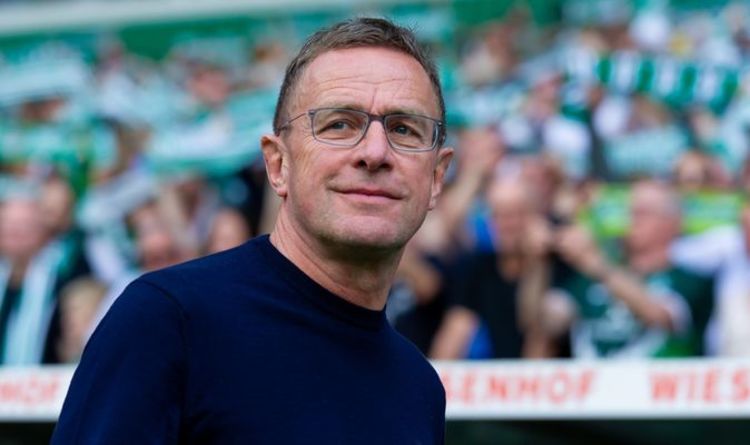 While Manchester United remain keen on appointing Mauricio Pochettino as their permanent manager, the Red Devils are still preparing to make an interim appointment. On their shortlist is Ralf Rangnick, the man who built Red Bull’s football operation into one of the leading systems in Europe.

United will likely be concentrating on Rangnick’s tactical abilities as they look to rescue a season threatening to spiral.

His pedigree in those terms is obvious, with the German renowned as one of the fathers of the Gegenpressing system.

But if they did bring in Rangnick as either the interim or permanent, the Red Devils would also see benefits in their recruitment strategy.

As director of football of Red Bull-owned clubs Salzburg and Leipzig, Rangnick enacted a clear philosophy in use at all those sides.

He pushed those clubs to sign lesser-known players who went on to have hugely positive impacts on both clubs.

Appointing Rangnick would be the first step in turning United’s recruitment strategy from its current disaster into something that can help to sustain success.

In recent years, United’s transfer strategy has appeared to be confusing, signing players for large fees who barely play.

The most prominent example of that is Donny van de Beek, who was bought for £34million but was largely ignored by Solskjaer.

Signing players the manager did not want left the Red Devils with a bloated squad short on quality in the areas that required the most improvement.

United have also appeared to sign players more to make a splash in the market than to improve weaker areas of their squad.

One of the main criticisms of Solskjaer’s reign was the lack of a clear philosophy, something that hindered their recruitment.

This would certainly change if Rangnick were to be appointed, with the German bringing in the philosophy that worked so well at his previous clubs.

The two-fold benefits to United make Rangnick the clear frontrunner for the job, with the chance to turn around the Red Devils surely being too good to reject.