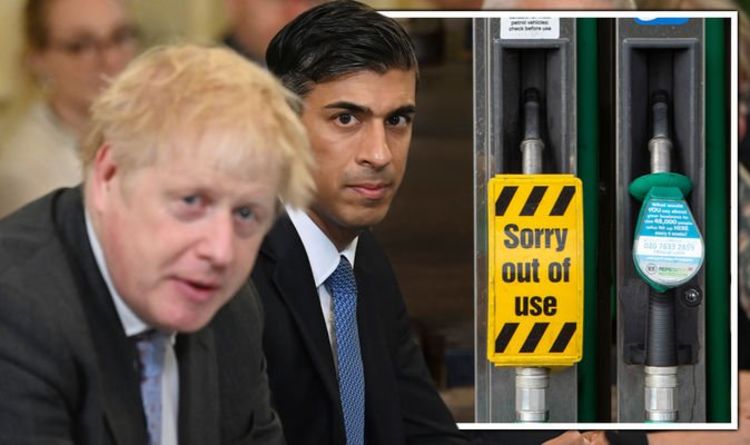 Handelsblatt, the news outlet in question, has mocked the UK after blaming Brexit for the recent petrol shortage in Britain. According to the article, written by Carsten Volkery, the UK economy has been facing significant issues since Brexit, and Boris Johnson – although not directly blaming it – has admitted there have been new hurdles to the economy in the UK.

The article mentions a quote from Prime Minister Boris Johnson as being the main example of how the UK is “disconnected from reality” as the quote reads: “This country leads the world actually in logistics and supply chains.”

Along with this, a reference is also made to Rishi Sunak, the Chancellor of the Exchequer, who said that the UK would be “the most exciting place on the planet”, which the news outlet believes further shows how “disconnected” the UK is from reality.

The article reads: “Given the supply crisis in the country, one wonders which planet the two politicians live on.

“The booming optimism seems particularly out of place, as the army had to move out on Monday to deliver to the gas stations.”

Mr Volkery points out that both Boris Johnson and Rishi Sunak have both not mentioned Brexit as a cause for the recent petrol shortages – but instead have said it is just temporary and will be solved.

Mr Volkery said: “Even the Labour opposition cannot say the B word.

“Opposition leader Keir Starmer wants to get rid of the pro-EU stigma that the party has had since the referendum. He fears that a Brexit dispute would only benefit Johnson.

READ MORE: Meghan and Harry told to be more like ‘relatable’ Kate and William

In recent days, this is not the only time which the Germans have taken aim at the UK over Brexit.

A German cartoon was also used as a way to illustrate how the UK have been since leaving the European Union.

The cartoon depicts a man and woman sitting at a desk across from a suited male travel agent.

The travel agent has a globe on his desk – and tells the couple: “We recommend you travelling to empty British supermarkets so that you can feel like you’re in the German Democratic Republic again.”

This was met by a flurry of Twitter users responding, with @FarleyP responding to Alistair Campbell, former aide to Tony Blair, who tweeted the cartoon as they said: “Give it a rest Alastair.

“I was in two local supermarkets today and the shelves in both were stocked to the rafters. Tesco petrol also operating normally as was, nearly, a nearby independent garage. Stop fomenting division and unrest.”