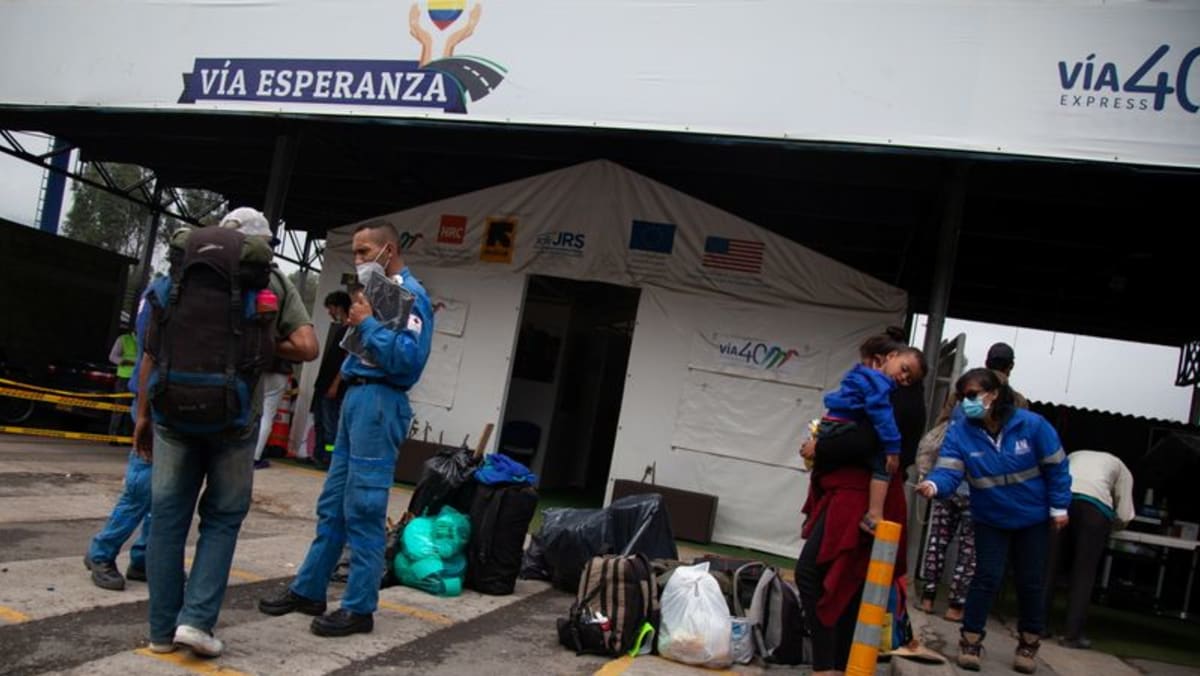 CHUSACA, Colombia: Shelters in Colombia are preparing for increasing numbers of impoverished migrants arriving on foot after Venezuela reopened its border with its Andean neighbor, many of them children in need of food, medical attention and the chance to play again, aid workers said.

Venezuelan President Nicolas Maduro’s leftist government said this month it was reopening its side of the 2,219km border with Colombia, which was closed in 2019 over political tensions.

Colombia’s right-wing government reopened its side of the frontier in June after closing it for 14 months amid the coronavirus pandemic.

On Monday, a Reuters reporter in the Venezuelan border town of San Cristobal saw dozens of migrants heading across the international bridge between the two countries on foot.

Colombia has for years been the top destination for people fleeing Venezuela’s economic and social collapse, with some 1.8 million migrants living there. Even when the frontier was officially closed, thousands of migrants streamed across remote informal border crossings.

Many migrants trek to destinations in Colombia or even further afield on foot, despite ragged clothes and holes in their shoes. They often lug suitcases and must care for children, who made up over just over one-third of walkers seen by the International Rescue Committee – an international aid organization – between June and September.

“Without doubt this reopening is going to increase the migratory flow, which will suggest more people walking,” said Juanita Bedoya, field manager for the IRC in the department of Cundinamarca, which surrounds the capital Bogota.

Walking migrants – especially children – are vulnerable to hunger, dehydration and violence, as well as the emotional toll of issues such as discrimination, Bedoya said. She spoke at an ICR center for migrants on the outskirts of the popular migrant destination of Soacha, near Bogota.

The IRC runs its “Play to Dream” project in four such centers along the migrant route, where children can play and do crafts, while also offering medical and psychological care to them and their families.

Among those at the center near Soacha was construction worker Bianggi Villarroel, 41, who is traveling with his wife and three young children to Colombia’s southern city of Popayan, where they have family.

“It’s been good because we’ve had guidance,” he said of the center, adding that they had spoken with doctors and a psychologist.

The IRC provides children with books, coloring pencils and pens, and other materials at the four centers, packed inside brightly colored backpacks they can take with them and use with their parents and caregivers.

Villarroel’s wife Luisandri Diaz, 28, and their children made animal masks and decorated them with crayons and finger paints.

“I like this little bird,” said 8-year-old daughter Luismar, showing off her mask.

Almost 130,000 Venezuelan children age 4 and under lived in Colombia as of last year, according to migration authorities.

Emiliannys Ramos, 20, whose young daughter is in Venezuela with her mother, received a birth control implant at the center, which will protect her from pregnancy for five years.

“A child is a blessing from God, but it’s a big responsibility,” Ramos said. “If you don’t have stability, you can’t be responsible for another person, so this helps us.”