Skip to content
HomeWorldHands off Ukraine! Liz Truss and NATO warning to Putin: ‘Will be a high price to pay!’ 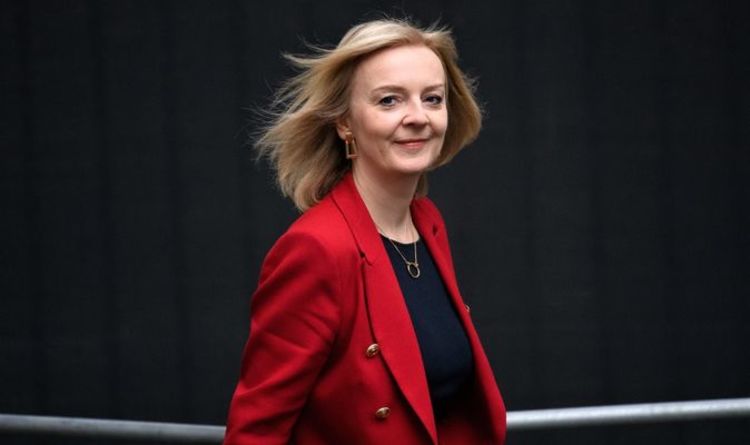 Ms Truss, speaking as NATO foreign ministers gathered in Latvia, warned Vladimir Putin any effort to undermine freedom and democracy of UK partners would be a “strategic mistake”.

Fears of a Russian invasion of Ukraine have intensified in recent weeks, prompting strong words from Ms Truss in Riga.

Foreign Ministers of 30 countries assembled to discuss possible responses to the unprecedented build-up of Russian military forces close to the borders of the EU’s easterly neighbour.

In his remarks after the event, NATO Secretary General Jens Stoltenberg warned President Putin in the strongest terms against any attempt to invade Ukraine. Mr Stoltenberg warned Moscow any military aggression “would come at a high price”.

In recent weeks, there has been a clear escalation of tensions arising from the build-up of Russian forces in the area.

At the British Headquarters of Strategic Command in Northwood, Hertfordshire, and at the Pentagon in the United States, military commanders have been watching events with growing unease.

The UK is the second-largest NATO power after the US.

Ahead of the meeting, top of the Foreign Secretary’s agenda was “the need for Allies to come together to stand against continued destabilising actions by Russia and Belarus.”

This follows the build-up of Russian troops on the border of Ukraine and what the Foreign Office describes as “the cruel instrumentalisation of migration by Belarus”.

The UK has been helping Ukraine strengthen its military capabilities, including through Operation Orbital, under which the UK has trained over 21,000 members of the Ukrainian army.

Mr Stoltenberg was forthright in his comments on Tuesday. He said: “We stand united in our aim to deter Russia from any further aggressive actions. We call on Russia to be transparent, de-escalate and reduce tensions.

“Any future Russian aggression against Ukraine would come at a high price and have serious political and economic consequences for Russia.

“We will continue to actively assess the situation and ensure we have all necessary plans in place.

“At the same time, we maintain our political and practical support for our partner Ukraine. We commend Ukraine for its measured response to Russia’s continued provocations.”

Russia recently decided to cut diplomatic ties with NATO. The defence alliance has repeatedly called on Russia to reverse this decision and to re-engage in the NATO-Russia Council for the benefit of peace and security.

President Putin has declined – and has amassed forces very close to Ukraine’s borders.

On June 27, 2014, the EU signed the Ukraine–European Union Association Agreement, which was widely seen as the first step towards the country becoming a member state.  This followed the illegal Russian annexation of the Crimea in the southern part of Ukraine on on February 23, 2014.

While Ukraine is not a NATO member, it is considered to be an ally and was invited to the Latvia summit.