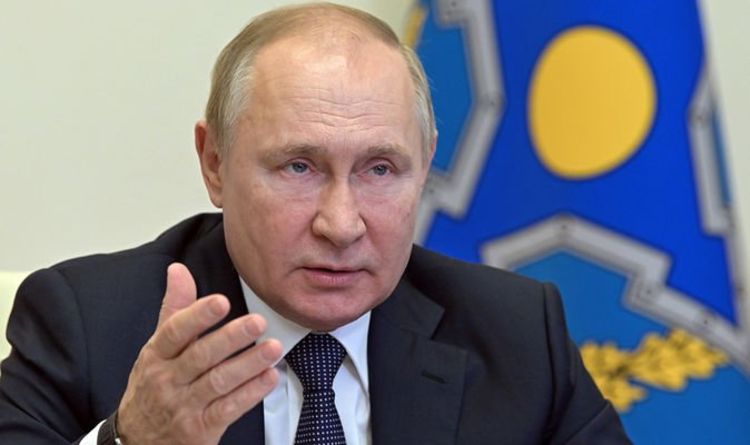 The potential trigger for a war between the US and Russia has been exposed after American intelligence agents uncovered Russian saboteurs inside Ukraine. US intelligence asserts that the Kremlin agents are preparing a “false-flag” operation to create a pretext to invade Ukraine. This could potentially drag the US into a conflict against Russia as US Under Secretary of State Victoria Nuland refused to rule out American military responses.

It is understood that Russia plans to carry out a violent attack at the Russian embassy or consulate in Ukraine, which Moscow would then blame on far-right Ukrainian extremists.

Ms Nuland added that the Russians are looking for an excuse to invade – even if it means attacking their own troops.

She said: “This is straight out of the Russian playbook: to try to, through sabotage operations, through false flag operations, through blaming the other guy, to create that pretext, to give an excuse to go in, or to make it look like the Ukrainians were the aggressors, when in fact the first aggression was perhaps even done by Russians against Russians, to blame the Ukrainian.”

JUST IN: EU crisis! Bloc could be ‘crippled’ as Romania challenges Brussels

“You know, a nation does not deploy 100,000 troops on the border of another nation and put its saboteurs inside the country without some malign and aggressive intent.

“That is a very expensive and difficult and dangerous operation. So why now?”

She repeatedly refused to rule out whether US would deploy troops or respond militarily in the event of an invasion.

However, Tobias Ellwood warned that a Russian invasion into Ukraine could be just “days away”.

The Tory MP, who is the chairman of the Commons defence committee, said: “I am afraid an invasion by Russian forces is inevitable and imminent and we have allowed this to happen.”

It comes after a week of US-Russian talks aimed at defusing tensions broke down.

Yesterday a major cyber attack on Ukrainian government ministries was blamed on Moscow.

The hackers left ominous messages on websites saying: “Ukrainians. Be afraid and expect worse. It’s your past, present and future.”