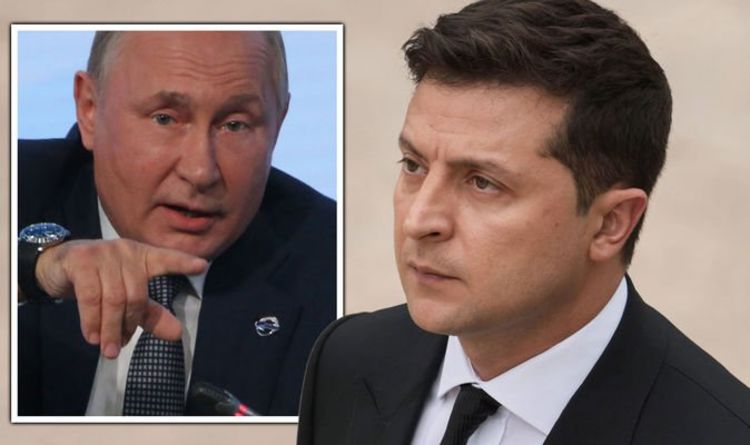 Ukraine President Volodymyr Zelenskiy called for direct talks with Moscow on Wednesday as he address parliament after Ukraine urged NATO to prepare economic sanctions on Russia and boost military cooperation with Kyiv as a way of deterring the Kremlin from launching a new attack after massing troops.

Ukraine and its NATO allies have sounded the alarm about Russian troop movements near Ukraine’s borders this year, sparking worries that a simmering conflict in eastern Ukraine could erupt into open war between the two neighbours.

Russia accuses Ukraine and the United States of destabilising behaviour and dismissed talk of a new Russian assault as false and inflammatory. It began a new round of military exercises near Ukraine’s border on Wednesday.

President Zelenskiy said: “We must tell the truth that we will not be able to stop the war without direct negotiations with Russia, and today this has already been recognised by all, all external partners.”

His administration says it has tried to arrange in-person talks between the president and Russian leader Vladimir Putin but that its requests were ignored.

The Kremlin has said President Putin is not against the idea of talks with Zelenskiy, but that talks for the sake of talks are pointless and that Moscow would want to see a proper agenda prepared for a meeting.

The Ukrainian leader was speaking in parliament that was surrounded by heavy security of police and national guard officers.

Mr Zelenskiy last week said Ukraine had uncovered a plot to overthrow his government that was meant to launch on Wednesday. Russia has denied any involvement.

READ MORE: France turns to EU Army as Channel migrant crisis gets out of control

Russian Foreign Minister Sergei Lavrov said Moscow was alarmed by Kyiv’s bolstering its forces in the Donbass region and he would discuss the situation with US Secretary of State Antony Blinken at a meeting in Stockholm on Thursday.

Moscow’s defence ministry said the Russian winter drills would involve 10,000 troops across more than 30 training grounds. They would also take place in Crimea, the Black Sea peninsula which Russia annexed from Ukraine in 2014, and in a Russian region bordering the separatist-controlled Donbass area of eastern Ukraine.

Russia annexed Ukraine’s Crimea peninsula in 2014 and backed separatist forces in eastern Ukraine in a war that Kyiv says has killed 14,000 people.